The Universe is moral because it persists. Purpose and meaning are self consistent processes. All purpose is derived from valuing existential continuity – self consistent process loops of continuity aggregating into mutually validating cycles of meaning. Each unit of existence is discontinuous, but by becoming what they are in what they are not,  these continuously overlapping discontinuities form the fabric of space and time.

To exist and yet not value existence, is to hold a value that, for its own expression, must be contradicted. The rejection of hypocrisy is the baseline for all moral value.

Moral consistency is baked into the very structure of existence. I must exist in order to devalue existence: hypocrisy is at the heart of unethical values and actions.

Any negation of continuity depends on continuity to assert that negation, therefore it is a hypocritical negation.

The Universe is that which continues. All units of continuity are moral, although discontinuous, each self validates by becoming itself in what is other. The ethic of everything that exists is expressed by how its constituents participate to form self consistent loops. 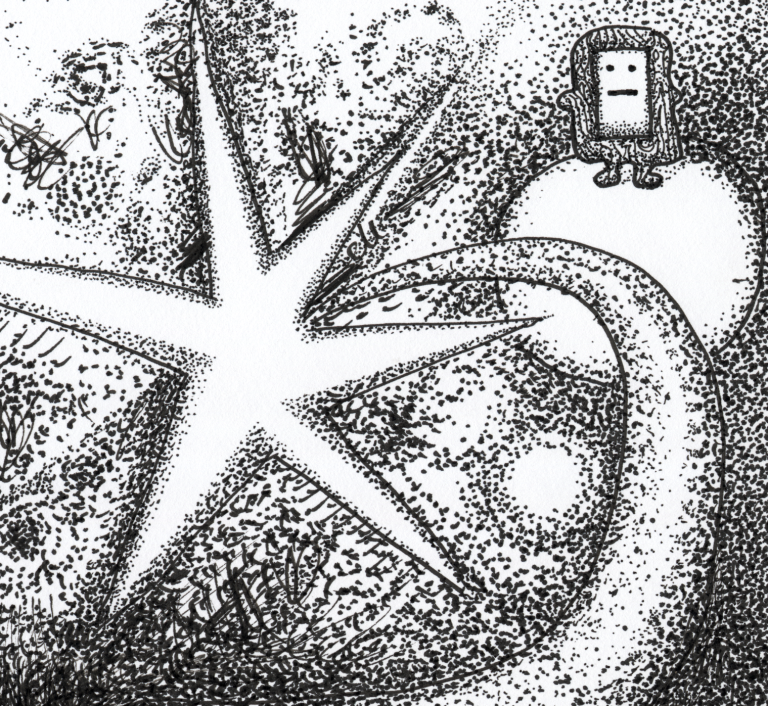 “The perfect is the enemy of the good”

Ethical Actions Are Actions Informed By Their Own Imperfections

A. The idea that no one can be moral because moral inconsistency is inescapable, is false binary, all or nothing reasoning: that being moral only consists of opposite and competing states; either be moral or be immoral and there are no other options. It argues that to be morally inconsistent is to be immoral. On the contrary, to care about being moral is to be concerned with moral inconsistencies. The fact that inconsistency is inescapable is actually just a feature of moral complexity, not a feature of immorality. Immorality is unconcerned with moral inconsistency, and does not object to hypocrisy.
B. The idea that inevitability negates moral action – arguing that it is simplistic to believe that one can control the unpredictable outcomes of ones actions – is also based on the false conflation of morality with perfection. Moral action is not perfect action. What makes an act moral is not that it is perfect, on the contrary, perfectionism has no place in complex moral considerations. The phrase “the perfect is the enemy of the good” can be used to illustrate this problem: given limited time and resources in achieving an intended outcome, if, after a certain point, time and resources cease to get one any closer to that goal, then continuing to waste resources in pursuit of that outcome (the perfect) is detrimental to actually achieving its closest approximation (the good). Again, it is an easy slip to conflate being moral with being perfect, but the two ideas could not be further from each other. As practical examples show, wasting resources in the pursuit of perfection is not moral.
C. Intention is the basis for determining the ethics/moral content of an act. Moral actions are no different than all other actions in having unintended consequences. Unintended consequences are not useful for defining or prescribing actions. We judge actions based on laws, laws are intentions. We determine the moral content of actions based on intention, otherwise we might as well take nature to court. What is moral about Mother Teresa is what she knowingly intended to do.

The Cultivation Of Conscience
Exposing the Error of “Existential Guilt”

In “No Excuses: Existentialism and the meaning of life” by Robert C. Solomon, the author, in his interpretation of Kafka concludes “The Trial” is a novel that says:

“even those of us that seem to be innocent are in some profound sense guilty, and try as we might to figure out what that’s all about, we are not going to”… “but more generally, to be human is to be guilty.”

Similarly, in his explication of the trial in Camus’ “The Stranger” he says about the morally ambivalent protagonist, the point of the trial is:

“to turn him into a human being, and that means in part, to teach him what it means to feel guilty.”

Solomon’s assertion that guilt is existential and intrinsic to our being as humans, and that to be human is not about figuring out the source of our guilt, but accepting it, is telling of a philosophy that claims to teach responsibility, but actually provides a blanket excuse to hide under from the discomfort of moral responsibility by asserting that a human life is not lived to the full, without a sense that our actions have no identifiable moral significance, and who abandons reason in favor of what is better characterized by the religious dogma of original sin, concluding without irony, that there is nothing more moral as a human being than accepting the futility of living a moral life.

How can a seasoned Philosopher fall into the trap of conflating a reasoned approach to ethical questions with a futile and arrogant effort to be faultless?
Ethical progress and moral development is not about being faultless and pure, that again is perfectionism, which is often unethical and rarely informed or restrained by guilt or remorse. It is not the presence of guilt but the absence of an informed conscience that leads to unethical action.

With very few exceptions, there are reasons (so obvious that children confront adults with them all the time) for human feelings of guilt, even if it is just the by-product of generic moral ambivalence. Ignoring the sources of our guilt or worse incorporating guilt into our existential identity, is in effect excusing ourselves from moral responsibility by bending reason into a dangerous nonsense of reasoned irrationality.
His misuse of the word innocent, again is an absolutist re-framing of innocence – as if it can only be “absolute innocence” and as though it were somehow decoupled from actions. It is painful to have to give an example that demonstrates how rudimentary it is that guilt or innocence are not arbitrary, or existential, but are always tied to action, so you take the position of Court Justice and decide if all the following people are “in some profound sense guilty”: the person who regularly does it; the person who prevents it from being done; the person who does not do it; the person who tries to learn from it?
It does not follow from any use of the concept of innocence that there is no one who is more innocent or less innocent. Guilt is not the absence of total innocence. Innocence is on a spectrum, as is guilt. The harm done by this is not trivial, because the more you conclude that guilt is intrinsic to being who you are as a human being, the less you cultivate your conscience, and pave the way for ignoring and excusing inhumane acts for which no one need feel remorse or take any responsibility to prevent.

The very moral ambivalence that the “existentializing” of guilt supports, is, rather than being what teaches us the meaning of being human, actually teaches us that being human is meaningless.

To be human is not to make mistakes and feel guilty, but to learn from mistakes by wrestling with guilt.  One of the few characteristics, although not unique to humans, that distinguish human intelligence from that of other animals is our ability to reason about what is right and wrong.

It is in humanity’s imperfect efforts to be informed by and learn from what we do that causes in us a profound sense of guilt, that we make being human into something distinctive. What is there that makes being human beautiful, that does not include the dignity of cultivating the human conscience?

Without continuity there is no identity. What makes me identify with my life, as a whole, is that who I was then, blends seamlessly into who I am now, within a single narrative continuum. An identical copy of me, would not be me, just as identical twins are not treated as two versions of the same person, so if there were a copy of my consciousness uploaded into a computer, it would not be me if it were abruptly to “wake up” as a computer. It would have to be continuously transitioned, the way a living person might, if their body were categorized into parts and gradually replaced with new parts until all the parts had been replaced. Any break in continuity is a break in identity. Continuity is rational in that each event is causally linked to, and predicated on, what preceded it. My movement is cumulative. If my location is not the linear sum of my past locations then, information about who I am is indeterminate.

In order for me to have a rational sense of self, my memory must form an unbroken gradient into my consciousness.

The problem of obtaining immortality in a new body or as a soul, or as a disembodied mind, then, is not simply one of becoming an entity who thinks and acts exactly as it did when it was in its previous living state, otherwise any co-existent copies of an entity would share a single identity, an illogical state of multiple bodies but single entity or of new multi-body identity, also a discontinuous and irrational state of identity – the problem of immortality is in the continuity of entity.

I am who I continue to be, any break in continuity produces a different identity. Even if I am now “Y” a completely different person that I was last year “X”, if my transformation from X to Y was continuous, then who I am as Y is identified with X but not with a copy of Y.

The continuity of the Universe is inherently meaningful, there is no morally indifferent Universe that “just exists.” This take-it-for-granted attitude minimizes the exceptional jewel that is life on earth and trivializes the precarious wonder, that the existence of spacetime is an unlikely state of almost pure logical and statistical optimism, a tightrope of meaning and order twisted together by dark mysteries, and omits that there is an alternative to the existence of the universe, which is absolute and meaningless.