If you’re reading this you probably know me. My blog contains some of the ideas you might have wished I would stop trying to impose on you, and just read books about. Maybe because I wish to think of myself as a thinker, I am ashamed to admit that I have difficulty understanding things by reading (ADHD), so for me to grasp ideas I talk about them. I’m sorry for all the times I inserted a debate where it didn’t belong! Strangely, writing works the same way as talking your ear off, although it’s slower and much less fun. So, my blog posts here are conversations between me and my thoughts. I hope they feel like a conversation.

"Do not blame God for having created the tiger,
but thank God for not having given the tiger wings."

We live in a world where tigers have wings. As I write this, life as we know it, is yet again coming to an end. The winged predators we advertise as normal, having been trained to dominate and devour everything money can buy, are now turning on us, their captors, and soon the only examples of life, conscious or otherwise, that may have ever been, or may ever be, will be consumed. In a universe where any exoplanetary life form aside from us has yet to be found, we may be about to prove that our ugly intelligence is actually just an insidious kind of reassuring arrogance, because the independent individualistic selves we rate so highly, are too self involved to notice our total inter-dependence.

The Tyger By William Blake

Tyger Tyger, burning bright,
In the forests of the night;
What immortal hand or eye,
Could frame thy fearful symmetry?

In what distant deeps or skies.
Burnt the fire of thine eyes?
On what wings dare he aspire?
What the hand, dare seize the fire?

Originally my brother Mathew told me to make a blog, to post my drawings with my thoughts.

He explained to me that when I show him my drawings, I say things, and it is the combination of the drawing and what I say that captivates him. I thought art was supposed to speak for itself, but then again writing about art can also be art.

When I started this blog, what I wrote was my attempt to approximate what it is like when I share my drawings with my brother.

I love you, bro, and thanks for cheering for my art. 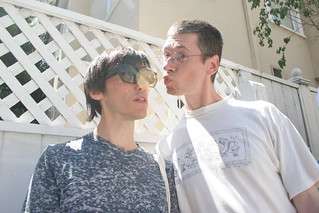 Meet my other me

I play guitar and sing, so I guess I am a singer/songwriter. I have made several records/CDs and most of them didn’t sell, but I love making music. When I am feeling depressed improvising is the only thing that lifts me out of the darkness. Making music has a magical affect on me, it is a door that takes me somewhere I can never know before I go through it. I guess it doesn’t have that affect on folk who don’t know me. After putting out music for over fifteen years I accept the fact that my music may be too self indulgent to have popular appeal. So if you like it, it is probably because you know me and so thank you for indulging me.

I grew up in the UK. My mother was, and still is, an artist. As a kid I was told that I was an artist too, I wasn’t so sure about that. In the British equivalent of Middle School I was tasked with painting a massive backdrop for a theater performance, because a colorful chalk doodle I had done was discovered on the blackboard of a room at school that was out of bounds, and probably because I wasn’t popular, someone snitched on me. The canvas for the backdrop was too big to fit in the school building, so it had to be painted outside. Several teachers and kids, who were much better artists than me, were assigned to help me paint it. When it was finished I got all the credit, but it looked nothing like my chalk drawing, and most of what I did was crowd control, while everyone else did all the painting. After that I was given special permission to draw or paint, outside of school hours and when other students had to be in recess. I was already an outcast, and that didn’t help. Then, when I was fourteen I ran away to Italy…

That adventure is another story, and one which no one ever believes me about anyway, but by the time I was seventeen I was living happily on a small Italian island called Ischia. One day they closed the beaches because of an ominous storm, waves were rolling in like horses of the apocalypse, and so I decided to go for a swim, and drowned. Somehow I survived, but no one, including me, is sure how I did, but when I regained consciousness, I knew I was an artist, and that's why I had survived.

When I was eighteen I moved to the United States where my brother, Father and his new family had moved. That same year I had my first solo exhibition at a gallery in Palo Alto, California. I sold most of the paintings, but I was there on a visitor visa and it expired. It would be over ten years before I returned to the UK, during which I lived as an illegal alien, working under the table at an art supply and framing store.

It had always been my dream to go to art college, but being undocumented and without family support, I ended up making art on my own, and setting up exhibits of my work it at coffee shops. After a few years I had so many coffee shop exhibitions, and sold so much work, that I was able to buy a car. I also met many artists and collectors through showing my work, but although I was able to organize my own shows, including one at Stanford University, a decade of sending my slides to galleries, resulted in not a single acceptance. During the long empty decade of my twenties as I painted every day, and most of the night, my paintings got smaller and smaller.

Years went by and the isolated life of an undocumented alien, living on the outside of the art world I so much wanted to be part of had started to change me. All the gallery openings I went to for years, and that I would approach to show my work, one by one took a look at my artist resume of coffee shops and passed on me. I doubted if I had ever been an artist, and my work grew smaller.

Just when I was about to return to England, knowing that if I left, because I had lived undocumented, I would not be allowed back, through a friend of an artist friend I was offered a job and a little apartment with my own print making studio, if I went to work as studio assistant to an established Abstract Expressionist painter. She was very good to me and came to my coffee shop exhibitions and even purchased several of my small drawings.

I was in my early thirties before I had my next gallery exhibition, and that was my second and the last gallery exhibition I have had. It was a public collaboration, a performance painting, where all the people who came to the gallery opening night started the paintings, helped by my assistants all dressing in white lab coats, while I performed sleep, in a giant bed in the center of the gallery, not even opening my eyes when someone painted on my face. I lived in that gallery for a month and finished all those paintings. At the end, there was a closing exhibition of all the finished work, but only a couple of the paintings sold.

Back when I was nineteen, and my brother was away in college, I was feeling very alone one New Years eve, and I remembered a weird ritual my mum used to do with pouring molten lead into water to divine the coming year. All I had was my art supplies, and the small empty room I was renting, so I lay out twelve sheets of paper on the linoleum floor and threw paint and water on them, as randomly as possible, to recreate the explosiveness of when hot lead hit water, and I invented a new ritual for myself which I have continued every year since then.

I turned 50 this year. I have done 12 New Years paintings every year for thirty years, that's 360 paintings.

Since I started my New Years painting ritual I have branched out from painting into music, even performing, but some years, the only paintings I do are the twelve I pour myself into as I start the year. Admittedly some years I just get it done, but many are paintings that I love, and so I feel like I have done all the painting I need to do, until next year.

I discovered hand building sculptures in clay for the very first time this year, it felt like something I was always meant to do. I wondered why I had never tried something that came so easily to me and felt so natural, probably because I never went to college. I have been fighting with depression and anxiety for many years now, when I say fighting, my best weapons have been the flow of running and the flow of art, many times when I was suicidal, making art has saved my life.

When I am creating, the harder I work the more energy I get back. Only the creative process gives me the will to dig down below the surface of the vast dry desert of meaninglessness that I feel lost in, but if I can get myself to start digging, with a paintbrush, a pen or a guitar, I'll tap into a spring of vitality and purpose.

It no longer matters to me if I am an artist or not, so long as I do my work. The same work that I came back from the dead to do, so many years ago and the same work I will do until I die for real this time. 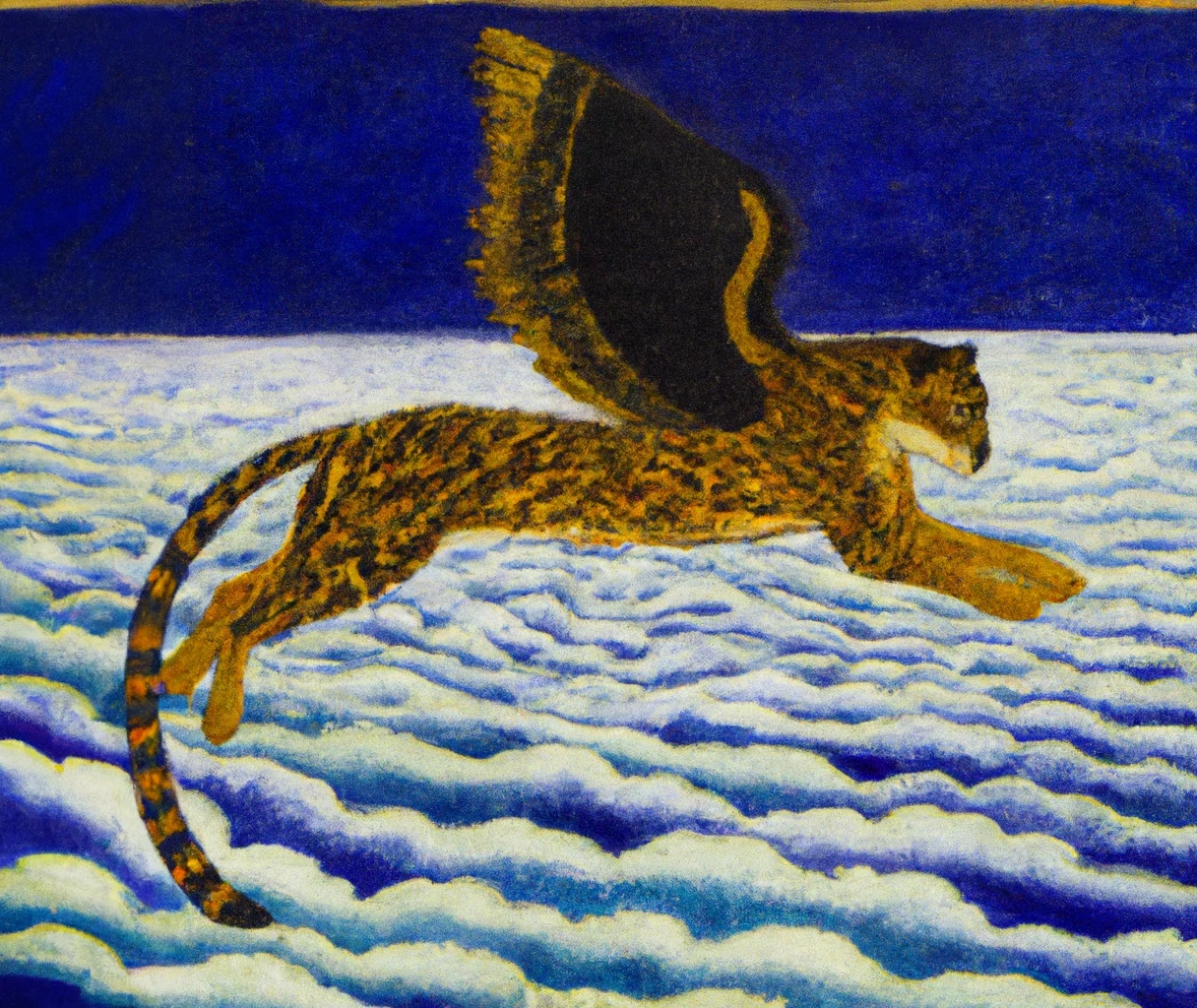